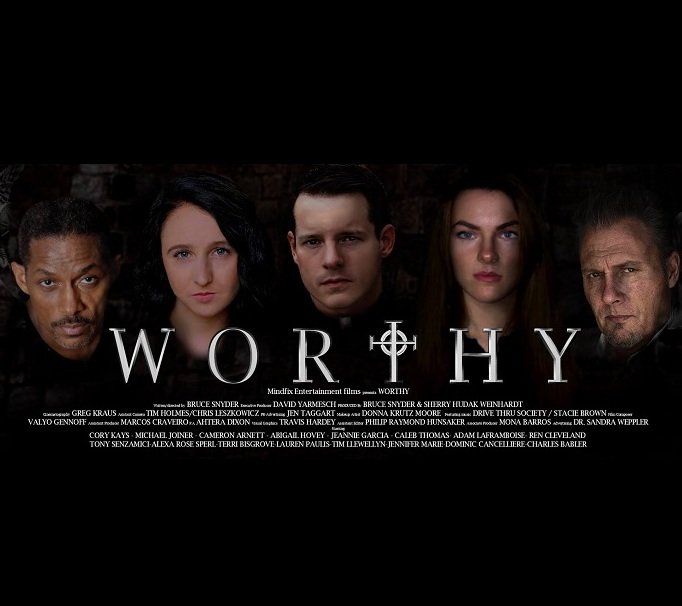 The story about a young new priest in the church who is suddenly questioning his decision of becoming a priest but also questioning his own faith. Did he make the right decision? Now that he wears the collar he is pressured to be an example to his younger brother and sister as well as an entire community.  A younger brother who's character opens up the film with one year of sobriety with a reason to celebrate and a 19 year old little sister who dresses like a Gothic girl but has a heart of gold and an unexpected purpose.

The young priest carries with him a secret that is hindering his work and life which causes him great resentment. So after hearing countless confessions, from everyone from the ages of 7 to 100, one day the most unexpected person sits down behind the screen in his confessional booth and completely rocks his world and faith to the very core.  The film not only will display the sins we are tempted with in our thoughts everyday but it will also show the forces at work in a world we can't see that’s trying to destroy us. In a very dramatic ending, the film will show that there is only one way to battle these daily thoughts entering our minds and it will conclude with the prince of the world vs the cross in a way each and everyone of us will understand.