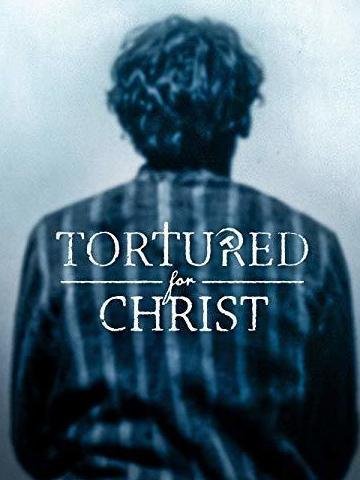 Don't miss this FREE online movie event! Join tens of thousands of viewers and watch Tortured for Christ –The Movie online for free this weekend! February 29 - March 2 Only!

In 2018, The Voice of the Martyrs released the award-winning film Tortured for Christ, a dramatic retelling of VOM founder Pastor Richard Wurmbrand's 14-year imprisonment for the sake of the gospel.

Filmed entirely on location in Romania, including scenes shot in the very prison where Richard suffered in solitary confinement, Tortured for Christ is an incredible testimony of God’s love in the most difficult of circumstances.

Why February 29? Pastor Richard Wurmbrand was kidnapped off the streets of Bucharest, Romania, on Sunday, February 29, 1948, as he was walking to church. The secret police threw a black hood over his head and forced him into the back seat of an automobile. As they drove through the snow-covered streets, they informed him that he was about to disappear forever. However, the pastor knew God had other plans!

In recognition of the anniversary of Pastor Wurmbrand’s arrest and the amazing testimony that ensued, The Voice of the Martyrs has selected February 29, Leap Day 2020, to kick off this special 3-day online movie event.

Bonus Feature! Tortured for Christ –The Movie also includes a special bonus video featuring Keith and Kristyn Getty that you will NOT want to miss!

Register today and they will send you a viewing link 24 hours before the event begins, along with instructions on how to invite others to this exclusive event. Don’t miss out on this opportunity to experience one of the most powerful testimonies of our generation.

Tortured For Christ Richard Wurmbrand Persecution Sabina Wurmbrand
Run the Race
Washington's Armor...Coming in 2019
"The Reliant" Gets an "R" Rating.