‘Unplanned’ is a movie full of surprises. 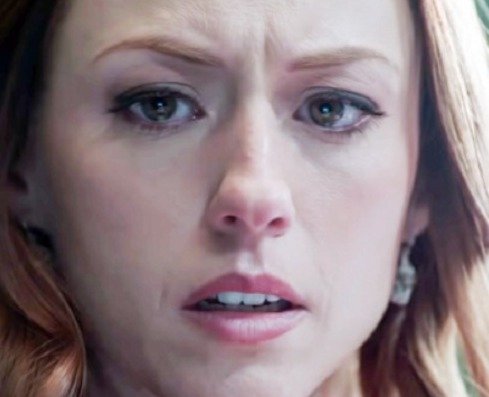 There may be more that was unplanned about the upcoming movie Unplanned than producers had envisioned.

The film, set to open in theaters March 29, tells the story of Abby Johnson, whose 2012 book Unplanned told the story of her conversion from being a dedicated abortion clinic manager to a pro-life activist. Johnson, a volunteer who rose through the ranks to be director of a Planned Parenthood facility in Texas, quit her successful career after witnessing an ultrasound of an unborn baby struggling to escape an abortionist’s suction tool. She went on to found a ministry called “And Then There Were None,” which assists abortion industry employees who have similar changes of heart and struggle to start new lives.

Cary Solomon and Chuck Konzelman, the writers/co-producers of God’s Not Dead, wrote and directed the film.Actor Ashley Bratcher (Princess Cut), who portrays Abby Johnson, was one of the first to deal with certain things that came up—unplanned—in production. She had brushed off suggestions from an Instagram follower who felt certain that the role was meant for her. Then Bratcher read the script and was taken by Johnson’s story.

After auditioning, she received a call from producer Chris Jones (Box One Forty-Seven) offering her the role and asking if she could get on a plane in four hours, as shooting was to begin the next day.She arrived on the set and “hit the ground running,” feverishly learning her lines and all she could about Abby Johnson. Four days later, her mother called her. She knew her mother had had an abortion when she was young, so Bratcher was hesitant to tell her about the project, thinking it might open old wounds. But when she did, her mother broke down sobbing...

Read the rest of the article at Aleteia.