"Unlike Anything You’ve Seen" 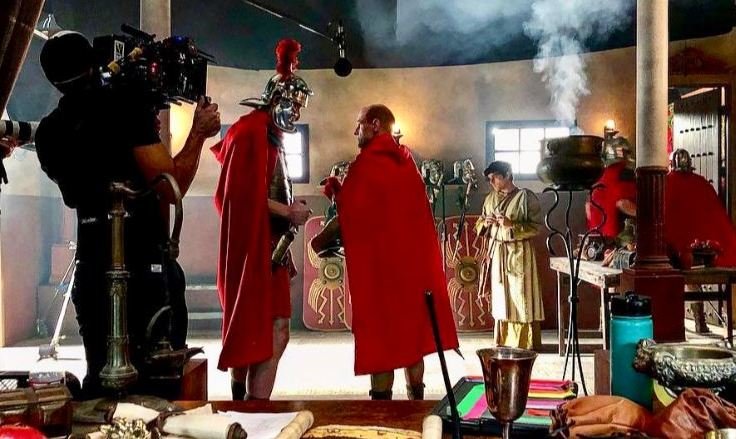 Filmmaker Dallas Jenkins has broken records and boundaries with his new project, The Chosen, the first-ever multi-season TV series about Jesus’ life. This innovative project is also the biggest crowdfunding media project in world history, with more than 16,000 investors giving over $10 million.

Jenkins recently told PureFlix.com’s “Pure Talk” that The Chosen, released through VidAngel Studios, is a truly unique project, differing from many of the past shows about the New Testament.

“I’ve seen all the Jesus movies and miniseries but there’s never actually been a multiple season show about the life of Christ,” Jenkins said. “And the beauty of a multi-season show is that you can really take the time to dig into the characters, and dig into the backstories of these people who encounter Jesus.”

Jenkins and his team have repeatedly said that The Chosen is “unlike anything you’ve seen,” with the filmmaker pledging to protect the integrity of scripture in the midst of efforts to fill in a lot of gaps that help show more details about the lives of people mentioned in the Bible.

“They talk like real people,” he said of biblical figures depicted in The Chosen.

Through characters’ interactions with Christ, Jenkins believes viewers will be transformed. He and his wife have also penned a devotional titled “The Chosen: 40 Days With Jesus” to help inspire audiences with the gospel message.

Read the rest of Billy Hallowell's article on The Stream.