"To Be a Soldier" Available on DVD 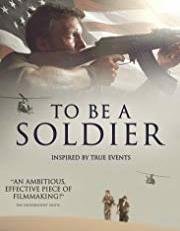 To Be a Soldier, from the award-winning creators of Andy’s Rainbow, is an action-packed adventure inspired by true events. When the sister of a mild-mannered British insurance salesman goes missing in the Middle East, he recruits a troubled ex-Army ranger to help him find her. As they trek across a desolate, war-torn wasteland, they battle murderous terrorists, inhospitable elements, and their own dark human natures. Dedicated to veterans of operations Iraqi Freedom, Enduring Freedom, and Inherent Resolve.

The DVD will be available in retail stores March 5th.
www.tobeasoldierfilm.com