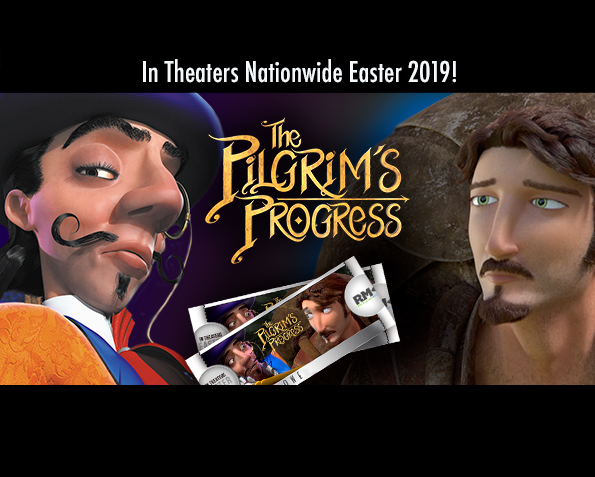 Revelation Media is gearing up to release a CGI animated film based on the book The Pilgrim’s Progress that was written by John Bunyan while he was in prison, persecuted for preaching the Gospel.

"More than any other story, The Pilgrim’s Progress has been used to inspire and challenge Christians to set their eyes on God," Executive Producer Steve Cleary told The Christian Post. "It has been translated into 200 languages and is known around the world. In 340 years it has never been out of print. We are thrilled to offer this tale to a new generation through CGI animation, and are confident that the timeless themes of faith - such as hope, persecution, persistence, doubt, hardships - will resonate in a whole new way.”

The Pilgrim’s Progress CGI animated film will be in theaters around the country on April 18, 2019. Tickets for the movie are currently on for sale at the Fathom Events website.

For the rest of the article and to learn how to get a free e-book, go to ChristianPost.com.