The Order of Rights 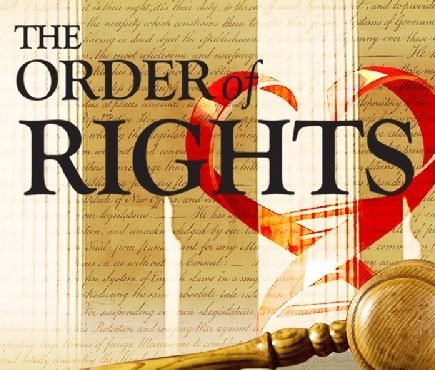 “The Order of Rights” is a courtroom drama that erupts when the family of a young man, who has impregnated a young girl, files a lawsuit on behalf of the unborn child. The claim is that the child is a human being, and as such, has unalienable rights as enumerated in our Declaration of Independence. The title “Order of Rights” refers to the the order in which the categories of rights are deliberately listed in that document: Life, Liberty, and  Pursuit of happiness, and the understanding that this was the correct Biblical Order in the minds of our Founding Fathers.

The trial is used as a devise that uses legal and biblical arguments made in dramatic manner without being didactic or “on the nose.”

But the film is also a conversion story of a young woman who was brought up in a secular/humanistic household. The script does not portray the family as evil however. In fact, they are decent people who believe strongly in human rights according to their code. The film, in a sense, treats them with respect. It honors them in the same way that Paul honored the men of Athens in the book of Acts 17:16-34. The purpose is not to vilify but to respectfully confront the ignorance of truth.

The young man in the story was raised in a Christian household, has been a scholar/athlete, and has always been a model of Christian virtue. He has to come to grips with his own frailty and pride, as he struggles to accept the forgiveness of Christ, and just as importantly, to forgive himself- and to move forward despite his fall.

The end has a twist, as it takes what appears to be utter defeat and failure, and transforms it into much deeper victory of personal conversion.

IMDb: The Order of Rights