The Miraculous True Story Behind Breakthrough 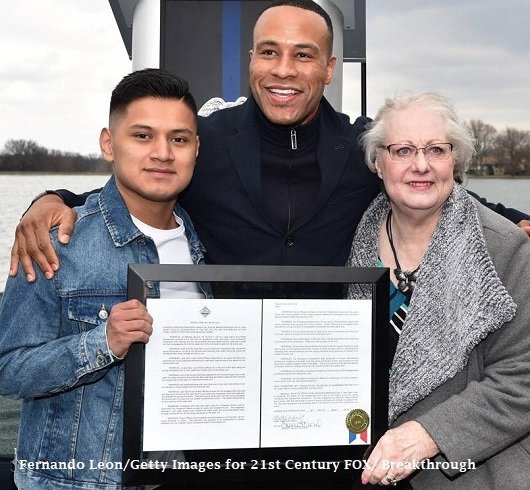 The morning of January 19, 2015 began for Joyce Smith like any other.

Her 14-year-old son John, adopted by Joyce and her husband Brian from Guatemala when he was just an infant, had spent the night at a friend's house. The kids had that day—a Monday—off from school in observance of Martin Luther King Jr. Day. And Joyce was preparing to go pick her boy up when the phone rang. The message waiting on the line turned out to be every mother's worst nightmare.

As she learned over the phone, John and two friends had ventured out onto the frozen Lake Sainte Louise in St. Charles, Mo. With the ice as thin as it was, the boys fell through into the dangerously frigid waters below. While his friends escaped relatively unscathed, John had been unlucky enough to be submerged in the freezing water for a full 15 minutes before EMTs were able to reach him and transport his lifeless body to the nearby St. Joseph Hospital West were life-saving measures were underway.

By the time that she arrived at the hospital, she learned that doctors had been attempted CPR on John's cold body for 45 minutes with no signs of life. Dr. Kent Sutterer, whose daughter was in the same eight-grade class as John, was out of hope. As he told the St. Louis Post-Dispatch, he'd never seen anyone survive after being without a pulse for more than 25 minutes.

John was stabilized and airlifted to Cardinal Glennon Children's Hospital in St. Louis. There, doctors confirmed that the teen had multiple organ failure and showed barely any sign of neurological function. The doctor "told me that John wasn't going to live through the night and if he lived he was going to be a vegetable," Joyce told People. "And he made me mad. Because God had already assured me this was going to be okay."

After John and his family arrived at the new hospital, five pastors—including John Noble, lead pastor at the Smith family's church, First Assembly Church in St. Peters—gathered in his room to pray. And it was there than Noble says he had a vision of two angels in the room and lights over John's head

Joyce, who went on to tell her family's story in the 2017 book The Impossible (which has been turned into the feature film Breakthrough, out April 17, with This Is Us star Chrissy Metz and One Day at a Time actor Marcel Ruiz playing Joyce and John, respectively), told People, "I have always believed that God's going to do what he says he does because I've seen it all my life. But this is like the Oscars of faith. The very moment that I needed God, he was there instantly. And when John's heartbeat started right up it was like, 'Thank you, Lord, for being so merciful for me,' which just set my faith forever in bedrock."

Read the rest of the background story by Billy Nilles at E! Online.

Breakthrough is in theaters now.