"The Chosen" Gears up for Shooting 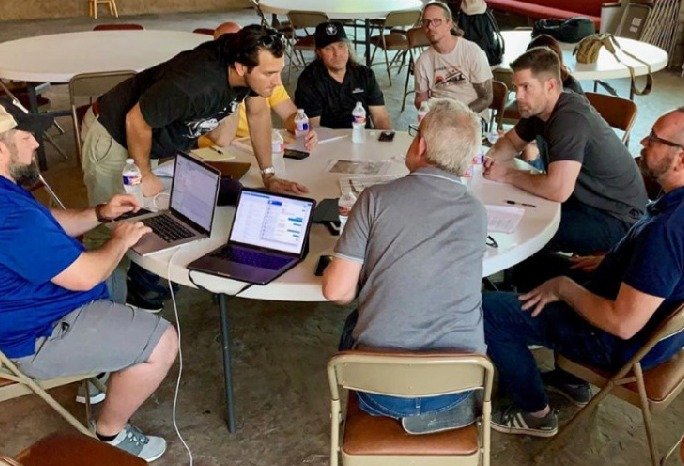 Director Dallas Jenkins and his staff are getting ready to start shooting the final four episodes of season one of The Chosen, the first ever multi-season series about the life of Christ.  They are currently in pre-production at Capernaum Studios outside of Fort Worth, TX, the same place where they shot the bulk of episodes one through four.

This program, which is the top crowdfunding media project of all time - it raised more than $10 million - is rolling out in stilted fashion.  The aforementioned first four episodes launched in mid-April and are available now for viewing on the VidAngel streaming platform.  Episodes five through eight, however, are not expected to be ready until fall; those are the ones Jenkins and his crew are about to shoot.

The first half of season one is well done - Christian Film Blog reviewed it here - and it ends on the shore of the Sea of Galilee with the Jesus character, played by American actor Jonathan Roumie, calling his first disciples:  Simon, Andrew, James and John.  In previous interviews, Jenkins said he planned to spend at least $400,000 making each episode - not bad for a series like this - and you can feel it in the quality of the filmmaking, acting, sets, props, wardrobe, et cetera.

Read the rest of the story at ChristianFimBlog.com