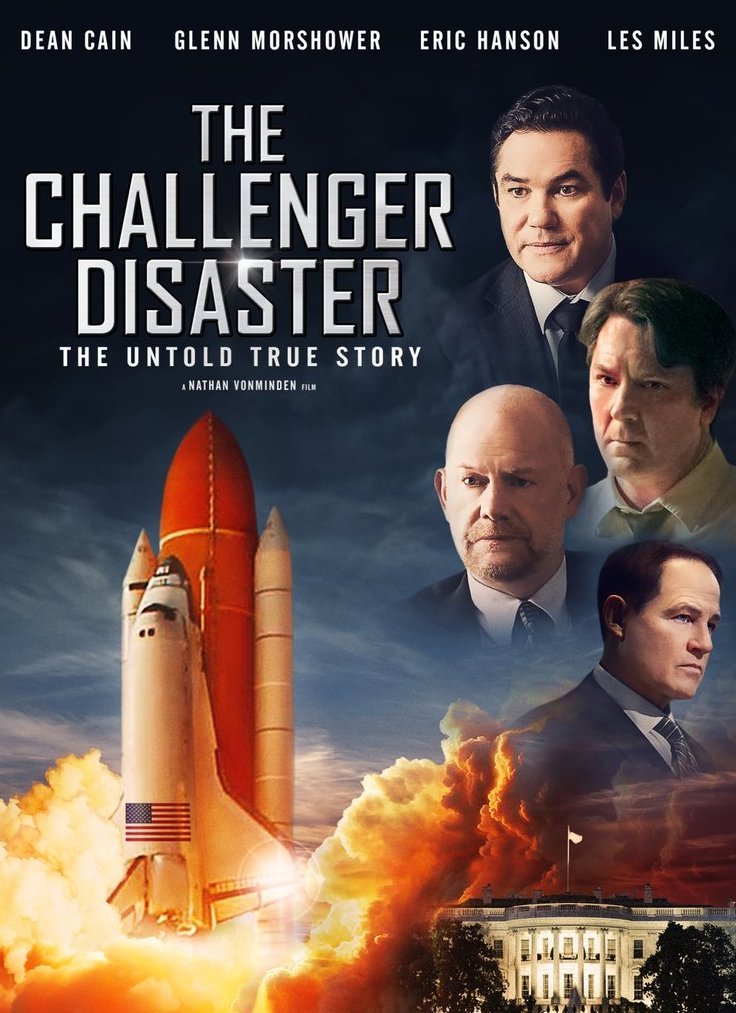 Based on the true story of the night before the Challenger Shuttle disaster in 1986 when a hot-headed engineer (Eric Hanson) leads a desperate race against the clock to stop the launch and the subsequent coverup and whistleblowing. Starring Eric Hanson, Dean Cain (Lois & Clark, Out of Time, God's Not Dead), Glenn Morshower (Bloodline, 24, Transformers, The Resident), Les Miles (LSU Championship coach, When the Game Stands Tall), & Garry Nation (Polycarp, Legends & Lies). This is the 2nd film by Nathan VonMinden.

The Challenger Disaster: The Untold True Story is scheduled to be released January 25, 2019. It may also be pre-ordered at iTunes and Vudu. You can also visit their website and Facebook page.