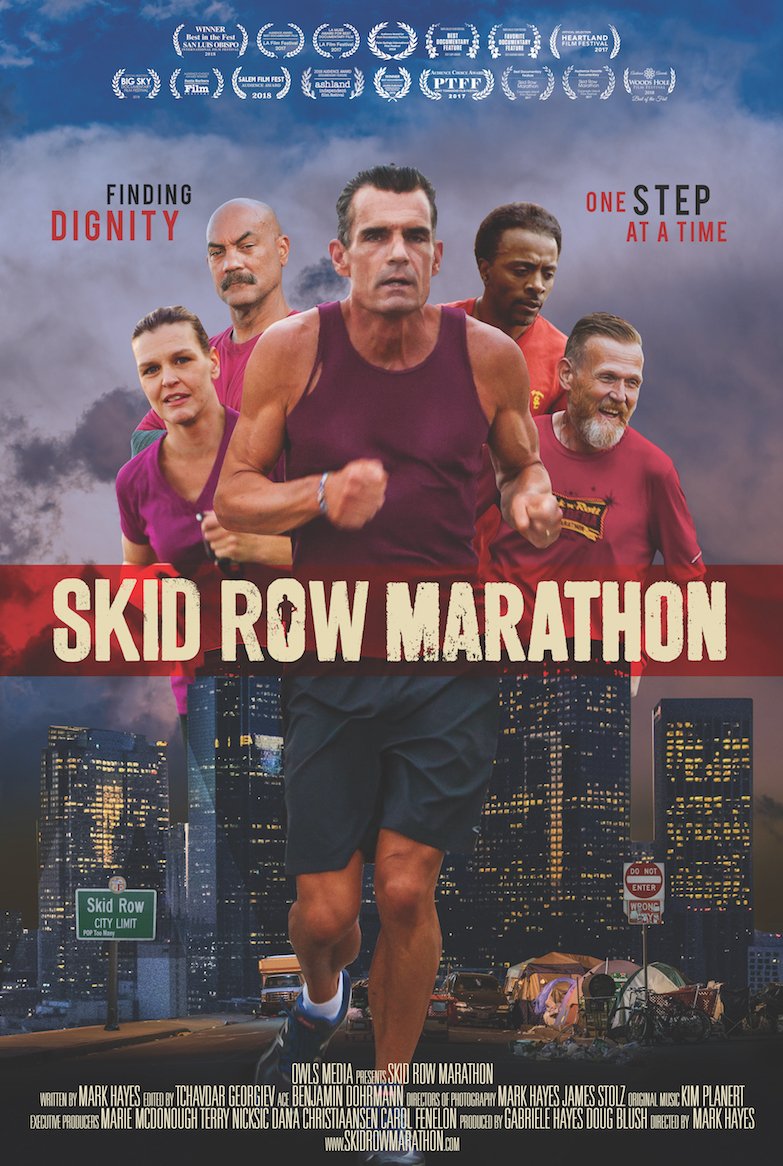 SKID ROW MARATHON is the uplifting and inspiring story of an unlikely group of individuals from LA's Skid Row, who receive a second chance at life, all brought on by a simple act of kindness. Finding dignity one step at a time.

Follow the story of Criminal Court Judge Mitchell as he trains homeless people, drug addicts, and former prisoners to run marathons around the world. Using the redemptive power of running and the camaraderie of the group, marathon training raises the spirits of Skid Row's inhabitants and gives a sense of purpose and belonging. Judge Mitchell believes: "One horrendous act does not define a person in his entirety", and so the film highlights the transformation of homeless and often helpless individuals into sober, rounded and functioning members of society. This is a story is of hope, friendship, and dignity.

SKID ROW MARATHON will be in theaters nationwide for a one night, one showtime event on October 14. To find a theater and purchase the tickets for this Fathom Event: TICKETS