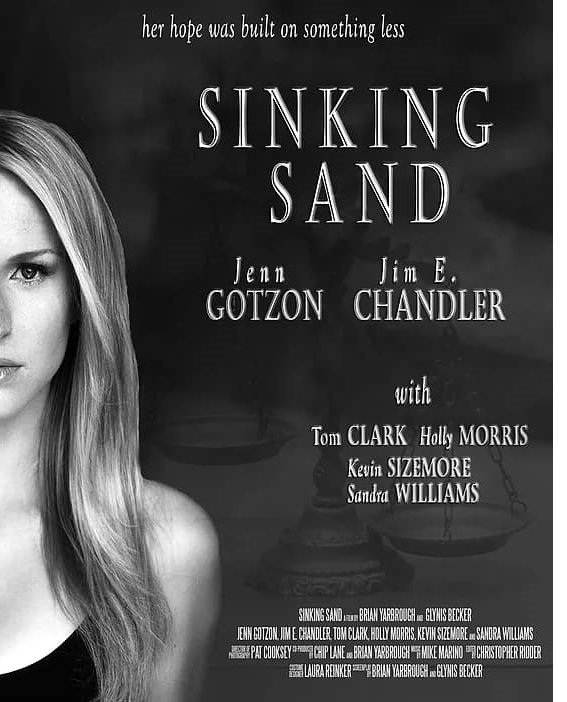 Sinking Sand, starring Jenn Gotzon and Jim E Chandler, can now be viewed on Tubi.tv.  You can watch Tubi on your ROKU or download the app today. This suspense thriller, directed by Brian Yarbrough (who co-wrote with Glynis Becker), also stars Holly Morris, Kevin Sizemore, Tom Clark and Sandra Williams.

This suspense/drama follows Brooke McHenry as she attempts to make her life calm and consistent. She loves her husband but she feels lonely and left out as he is not only is busy Prosecuting Attorney but he is also running for the Senate. These feelings make it easier for her to fall for a handsome swindler who shows her the attention she is missing. Brooke never lets the relationship get physical, she knows better. However, one night it almost does so she breaks it off. It is then she learns that the man has an ulterior motive, to record their conversations and use them to blackmail her husband. Fear that he could ruin her husband, her marriage and her life she attempts to destroy the recordings. With quick movements, she strikes out at the recording device hitting the blackmailer as well with a blunt object. He lies motionless. When Brooke discovers her husband is prosecuting another woman for the crime, she becomes frantic.