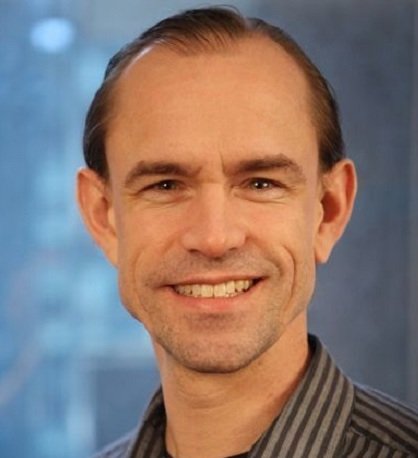 Rich Swingle is an award winning actor, who has performed and/or taught on five continents, in 37 nations and in hundreds of venues, mostly with a dozen one-man plays he has written or helped develop: I Dreamed I Was Free, Big Fish Little Worm, The Revelation, The Acts, Alien Immigration Training, Views of the Manger, Five Bells for 9/11, Journey to the Garden, Paradise Lost, God of Hope, Shepherds Reflect on the 23rd Psalm, and Beyond the Chariots, which he's performed Off-Broadway, at the Edinburgh Fringe Festival (the largest arts festival in the world), in LA, Toronto, Hong Kong, Shangai, Transylvania, and in Beijing, Vancouver, Singapore and London while those cities hosted the Olympics.

Rich was a writer for the documentary Olympic Hero in China: The Eric Liddell Story, for which he recorded the English narration. He is working on turning some of his one-man plays into feature films.

Rich is a Freedom Finder for Graceworks, helping presenters in a variety of fields overcome stage fright and connect with their audiences through seminars and project coaching.

He has performed and/or taught workshops in over 40 colleges and universities, including his alma mater, George Fox University (rated the number one Christian college in the US by Forbes and US News and World Report), University of Memphis, Namseoul University in Korea, Singapore Bible College, and Asia-Pacific Nazarene Theological Seminary in the Philippines. Each spring he teaches a workshop at Princeton University. Rich also spoke at the Ivy League Congress on Faith and Action, hosted by the Harvard University chapter of Christian Union.

He received his master's degree in theatre from Hunter College, where he studied under Eric Bentley (C. S. Lewis was his advisor at Oxford), Tina Howe (playwriting: nominated for the Tony Award, Pulitzer Prize and winner of the Guggenheim Fellowship), Patricia Sternberg (sociodrama: a student of sociodrama's inventor, Jacob L. Moreno), Jerome Coopersmith (screenwriting: screenwriter for An American Christmas Carol and many of the original Hawaii Five-Oepisodes), Jonathan Kalb (criticism: critic for the New York Times).