Reality TV Star Musters the Courage to Sing for the Lord 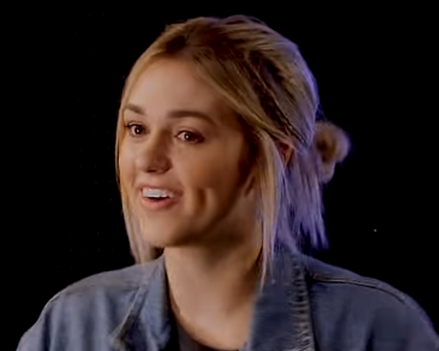 Sadie Robertson goes into the recording studio and way outside her comfort zone.

The 21-year old former Duck Dynasty personality and Dancing With The Stars contestant just put out her first song.  It's called One and it delivers a message of unity for Christians.

The song came about as part of Live Original, Sadie Robertson's motivational speaking tour to invigorate young believers in their faith.  Being a devout Christian herself, she says she wanted a worship 'anthem' to cap off those appearances.  Since she could not find one that fit, she penned her own song and recorded it with her team, LO Worship.

For the rest of the story: ChristianFilmBlog.com