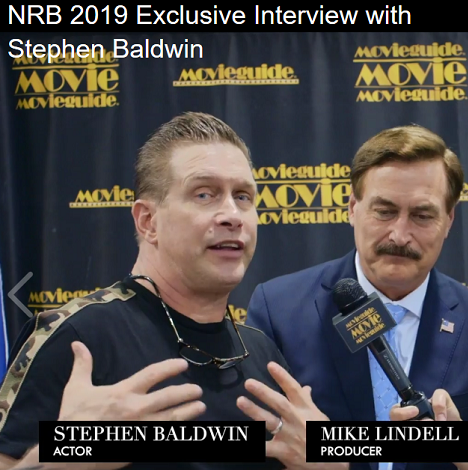 Actor Stephen Baldwin and Mike Lindell gave an exclusive interview at NRB 2019 Exclusive Interview with Movieguide's Evy Baehr Carroll. Baldwin talks about his new Christian comedy, the effects of media on the current culture, and faith and family.

The film, Church People, directed by Christopher Shawn Shaw, was written by Wes Halula, Thor Ramsey, and Bob Saenz... all of whom also have roles in the film. The comedy, based on the pastors of a megachurch, stars Stephen (and cameos by brother, William Baldwin, & SIL Chynna Phillips), Erin Cahill, Donald Faison, Joey Fantone, and Michael Monks. We will be sharing more on the movie soon.