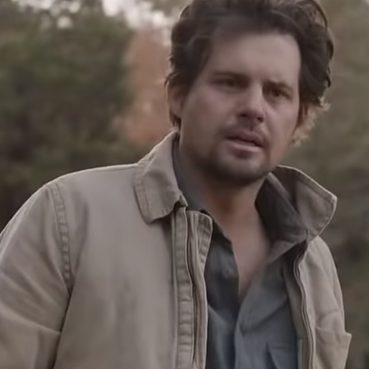 Run the Race tells the story of two brothers reeling from the death of their mother and abandonment by their drunk father, a role played by Kristoffer Polaha.  Evan Hofer and Tanner Stine star as the boys, who sacrifice for each other and use their athletic talent to better their circumstances in this Christian film about forgiveness and redemption.

But Polaha says it was not just another role for him because his children absolutely love Tim Tebow, who is executive producer of this Chris Dowling-directed movie.  Of course Tebow, now a pro baseball player and formerly an NFL quarterback and Heisman Trophy-winning national champion, is one of the highest-profile Christian athletes in America.  He is also a very giving, humble young man, so lots of people love him.  Heck, we here at Christian Film Blog love him.

But the Polaha children are in a different league of Tim-Tebow-Love.  Kristoffer Polaha tells Variety in an interview that they named the family pooch "Tebow" in his honor.  "What else?" you ask.  He says they told him if it ever came down to being a superhero or working with Tebow, well, you guessed it.

Read the rest at ChristianFilmBlog.com.

Run the Race is in theaters now.