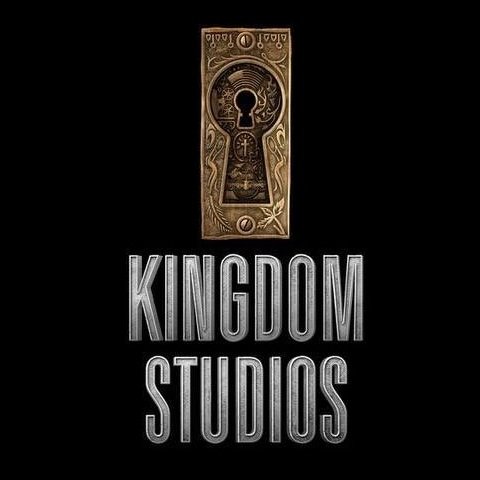 Kingdom Studios, founded late last year by the creators of I CAN ONLY IMAGINE, the sleeper hit and top grossing independent film of 2018, unveiled an unprecedented slate of faith-based film projects to be developed and produced by Kingdom and released through their recently announced partnership with global content leader Lionsgate (NYSE: LGF.A, LGF.B).

The first film for Kingdom Studios, as previously announced, is I STILL BELIEVE. Scheduled for release on March 20, 2020, the inspirational drama chronicles the true-life story of Christian music mega-star Jeremy Camp. His remarkable journey of love and loss proves there is always hope in the midst of tragedy and that faith tested is the only faith worth sharing. The film is written by Jon Erwin and Jon Gunn, directed by The Erwin Brothers, and will be produced by Kevin Downes.

JESUS REVOLUTION,which tells the true story of a national spiritual awakening in the early 1970s and its origins within a community of teenaged hippies in Southern California. The film will be produced in association with pastor Greg Laurie. Written by Jon Erwin and Jon Gunn, the film will be directed by Jon Gunn (THE CASE FOR CHRIST, LIKE DANDELION DUST), and produced by Kevin Downes and the Erwin Brothers.

Downes also introduced a trilogy of films inspired by the Bible that will create a new cinematic universe of Biblical stories. “The best-selling book of all time is the perfect source material for the most gripping character-driven cinematic universe ever undertaken,” said Downes. The first film in the trilogy will be APOSTLES: RESURRECTION OF CHRIST. The film will be written by Jon Erwin and Jon Gunn and directed by The Erwin Brothers. Kevin Downes will produce.

The team gave a sneak peek into a film that has just entered development. THE DRUMMER BOY is a period musical being developed in association with the faith-based musical group for KING & COUNTRY, the two-time Grammy Award winning duo who have garnered four No. 1 singles (“joy,” “Priceless,” “Fix My Eyes,” and “Shoulders”) and nine Top 10 hits, and had songs featured on the Emmys, Super Bowl, Sunday Night Football, and many other high-profile events, including performances on The Tonight Show, Today, and Jimmy Kimmel Live! Introducing the film and the band, Andrew Erwin described the film as something “never seen before in the faith space that will surprise and delight audiences everywhere.” The film is currently in the early stages of development and will be written and directed by the Smallbone Brothers, co-written by Richard Ramsey (The Song), and produced by Kevin Downes and The Erwin Brothers. Luke Smallbone will serve as an executive producer.

To read the article in its entirety: NRB.org/pressroom