"I Can Only Imagine" Claims Top Prize 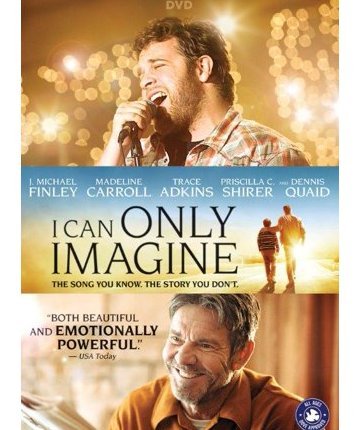 I Can Only Imagine added to its accolades at the 27th annual Movieguide Awards, picking up an Epiphany Prize for 2018's most inspiring movie.  This faith-based film tells the true story of Bart Millard, lead singer of the Christian rock band Mercy Me and how he came to pen their smash hit single I Can Only Imagine.

Written and directed by the brother team of Andrew Erwin and Jon Erwin, the movie has already claimed a K-LOVE Fan Award and a Gospel Music Association Dove Award.  It was also the top Christian film at the box office last year, bringing in $83 million domestically on a budget of just $7 million.

Read more about the Movieguide results at ChristianFilmBlog.com

I Can Only Imagine Movieguide Awards Christian Film Blog
Run the Race
"The Reliant" Gets an "R" Rating.
'Run the Race' Goes Nascar