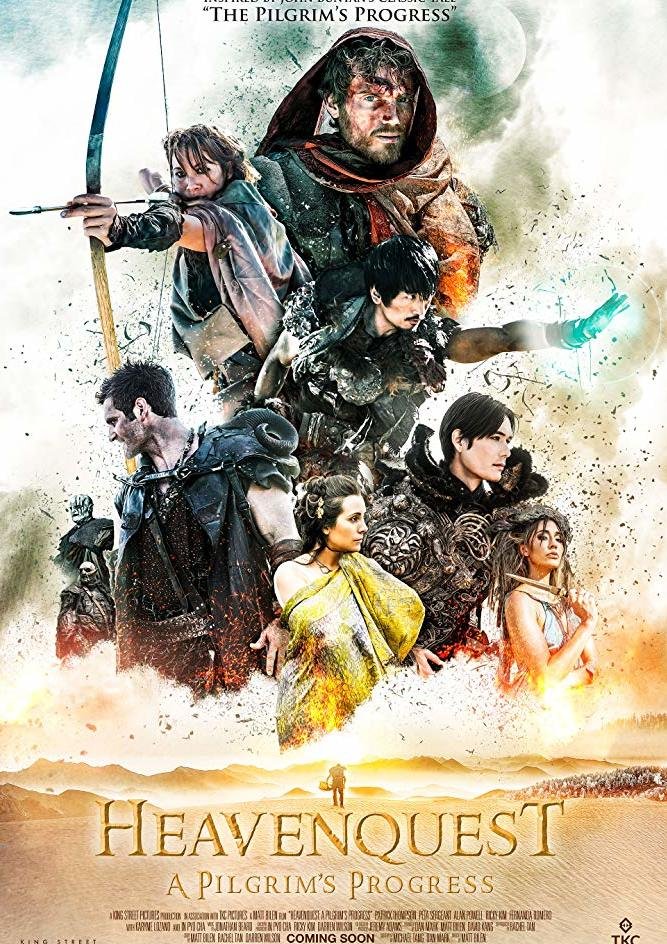 Loosely based by the classic 17th century Christian allegory from John Bunyan, this new faith-based film is called Heavenquest:  A Pilgrim's Progress, giving a nod in its title to the great literary work that inspired it.  The brainchild of director Matt Bilen, the movie, which is his first feature, has some stunning backdrops and loads of CGI.

As for the story, it will feel familiar to fans of Bunyan's magnum opus, though with "some adaptation for contemporary and savvy audiences," as Bilen, a veteran of documentary filmmaking, put it in a statement to The Christian Post.  And while his take may be new, the idea came to him while he had the original work in his hands and in a very old fashioned way.

In something of a distribution twist, the film will premiere digitally well before its wide release next year.  That digitial window will last just two days - October 25th and 26th - and will cost you $5.00.  You can find out more via this link to the movie's website, where you can also view the trailer.