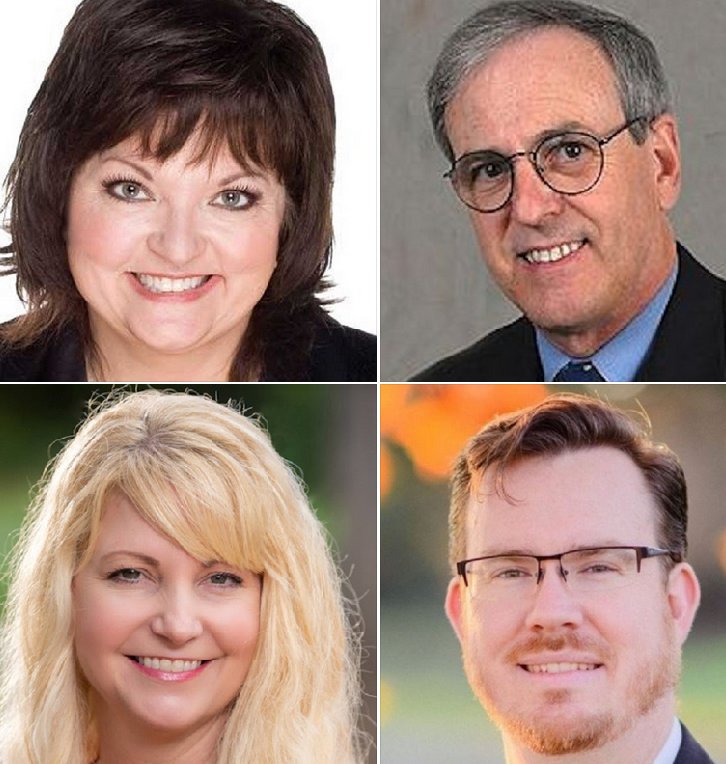 The Global Media Summit Gala celebrates the outstanding achievement of  Christians in the field of communications by presenting the Platinum Media Award for Excellence in Media. 2019 recipients are Jennifer Kennedy Dean, Dr. John Morris, Tammy Lane & Jared Geesey. The Platinum Awards ceremony will be held on June 29, 2019, 7:00 p.m. at the Hurst Convention Center,1601 Campus Drive in Hurst, Texas.  Get tickets to  Platinum Media Awards Gala.

Jennifer Kennedy Dean is a best-selling author and founder of The Praying Life Foundation. Her book Heart's Cry has been named National Day of Prayer's recommended resource. Her bestselling Bible study, Live a Praying Life®, has been called a flagship work on prayer and the anniversary edition was a finalist for Retailer's Choice Award. Widely recognized as an unusually gifted communicator of the deep truths of God's Word, Jennifer speaks all over the world, calling God's people to discover the difference between "a prayer life" and "a praying life."

Dr. John Morris is the President Emeritus of the Institute for Creation Research. He is well-known for leading expeditions to Mt. Ararat in search of Noah's Ark, He traveled widely around the world speaking at churches, conferences, schools, and scientific meetings. Dr. Morris has written numerous books and articles on the scientific evidence that supports the Bible. Dr. Morris is the author or co-author of such books as The Young Earth, The Modern Creation Trilogy, The Fossil Record: Unearthing Nature's History of Life, The Global Flood: Unlocking Earth's Geologic History, and Noah's Ark: Adventures on Ararat. He is also a contributor to Guide to Creation Basics and Creation Basics & Beyond.

Tammy Lane is the CEO of Tammy Lane Productions and founder of Capernaum Village, a company that creates, produces, and provides evangelistic, life-changing entertainment and interactive experiences in the pursuit of making disciples. She has produced films like "Washington's Armor" and "Crimson" as well as a music video, "Chains." She has also created four live productions including "The Passover Experience," staged every April at Capernaum Village, "The Star of Bethlehem Experience" held at Christmastime, "The Crimson Experience" presented at Easter, and "The Apocalypse Experience," held the last two weekends of October.

Jared Geesey is the General Manager of Christian Cinema and led the company to develop and launch the first digital streaming platform exclusively for the Christian market with an app ecosystem spanning from mobile to OTT streaming devices to powering major online retailers. Raised a son of a minister, Jared continued in that legacy with ministry throughout North America, and international missions work through the arts in the 1990's before partnering with Christian Cinema founder Bobby Downes in 2004. In early 2018, they led Christian Cinema to merge with the Dove Foundation and iDisciple to form a new media and resource company, which will now be the Christian market's most diverse and extensive content library.

"Our Platinum Award nominees are major movers and shakers in the secular and Christian media world," said Suellen Roberts, founder of the Global Media Summit and Christian Women in Media. "They set a standard of excellence in all of their endeavors, whether it be their written materials, films or digital media offerings."

This year's GMS theme is "Secrets of Influence: God's Solution for a Secular Society." To find out more about the 2019 Global Media Summit or to register for this year's Summit and/or Platinum Awards Ceremony, visit GMSsummit.com.

The Global Media Summit (GMS) is "A Christian Coalition Uniting Media Professionals Globally." GMS has provided a platform for both male and female media professionals to be empowered by God to move forward in the secular and Christian media arenas. Suellen Roberts, Founder of Global Media Summit, along with the GMS Advisory Board, made up of Robert Higley, Paul Crouch Jr., Brenda Crouch, Renee Hornbuckle, Lisa Mouradian, Randy Weiss, Lisa Burkhardt Worley, Cameron Arnett, B.J. Arnett, Benjamin Dane, Sharon Hill, and Harral Scott. GMS members and the International Partners plan to provide a premiere experience as people unite together.