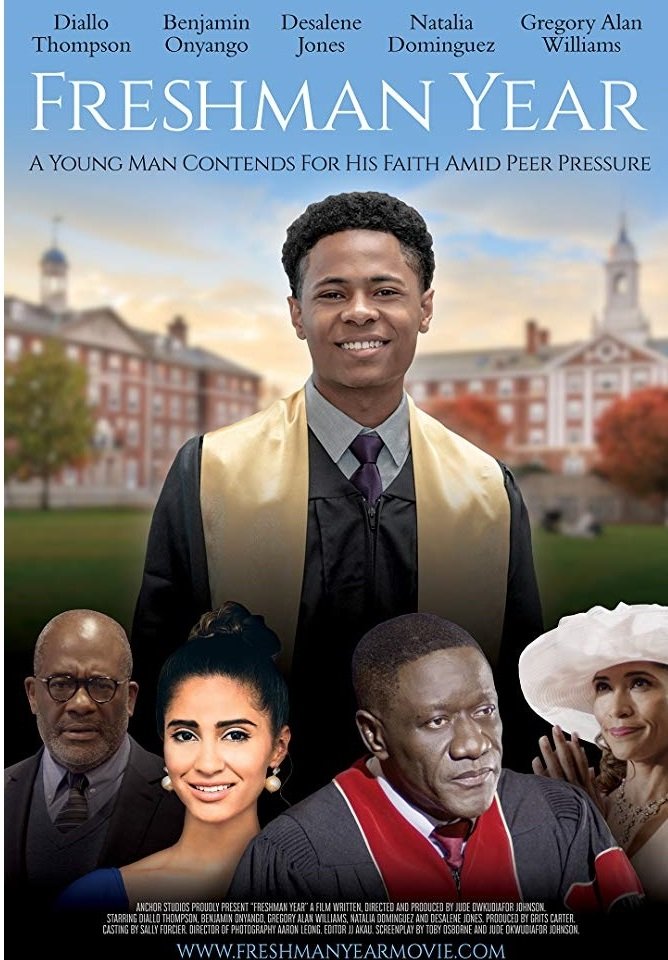 Anchor Media Studios presents Freshman Year, a coming of age film about a pastor’s son who goes to college and discovers that living in the real world – from peer pressure to falling in love – has real consequences, putting his faith to the test. Directed by Jude Okwudiafor Johnson (who also co-wrote with Toby Osborne), the film stars Diallo Thompson, Gregory Alan Thompson, Benjamin A. Onyango, Natalia Dominguez and Desaline Jones. Freshman Year has been nominated for six awards at the International Christian Film Festival in Orlando and also at the Inspired Faith film Festival in Marietta, GA.

The crisis of faith among college students from Christian families in America is a well documented and much discussed problem.  One recent survery puts the number of young people who leave the Church in early adulthood at a staggering 66%, so this is a subject that deserves the attention of believing filmmakers.

Into the breach steps Jude Okwudiafor Johnson as writer, producer and director of Freshman Year.  With a vocational connection to the Body - director for a church-run TV ministry - he is no doubt well-versed on the subject at hand.

His inaugural feature stars Diallo Thompson as the aforementioned freshman, facing all the temptations that college presents to a new student away from home for the first time.  Only Thompson's character, CJ, is not just a freshman, but also the Christian son of a pastor.  The role of his father is played by Benjamin Onyango, who has previously starred in Christian films like God's Not Dead and last year's Beautifully Broken.