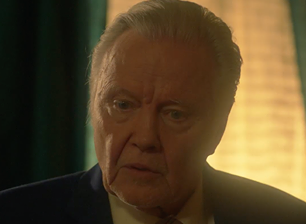 A new pro-life film, Roe v. Wade, was shot in secret because filmmakers worried about backlash from pro-choice activists. The project is currently in post-production.  A three-minute teaser was unveiled at the March for Life, January 2019, in Washington, DC.

The teaser opens with a scene featuring Oscar-winning actor Jon Voight, who plays U.S. Supreme Court Justice Warren Burger in the film, then cuts to modern-day news reports about Justice Brett Kavanaugh, including speculation that his appointment by President Donald Trump to the Supreme Court will "flip" the Roe v. Wade decision from the 1970s that basically legalized abortion.

Nick Loeb, who produced, co-wrote and co-directed Roe v. Wade, says the comparisons between what is being said now about Kavanaugh and was said when Roe v. Wade was re-argued in the early 1970s after a few President Richard Nixon appointees were on the court are strikingly familiar.

Read the rest of this Paul Bond article on The Hollywood Reporter.