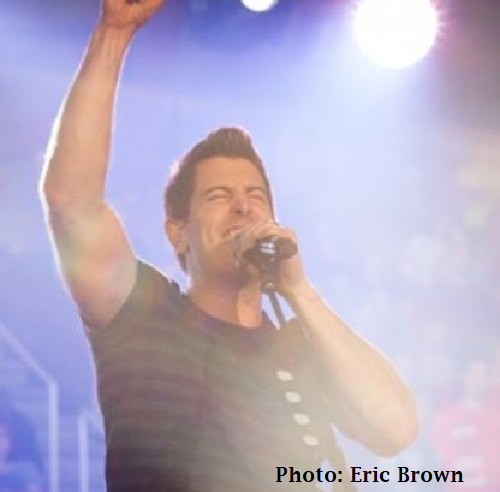 Award-winning Christian singer Jeremy Camp is gearing up for the release of a movie about his life and the loss of his first wife. In a recent promotional video, the singer reveals he can not believe that “God is still using” his tragedy to reach the masses.

“Years ago I watched my 1st wife suffer through cancer and she went to be a Jesus," Camp says in the video clip posted Monday. "A lot of songs that you hear are based off that struggle, things that Gods taught me, the difficulties.”

The biopic feature film “I Still Believe” will chronicle Camp’s personal story of “love, loss and faith,” according to a statement shared with The Christian Post.

In 2001, Camp's first wife, Melissa Lynn Henning-Camp, died of ovarian cancer less than a year after they married.

“I remember before she died she said to me, ‘Jeremy if I die from this cancer but if even one person gives their life to Jesus it would be all worth it,’” he says, noting how amazed he is by how God has worked devastation and loss for good.

“I can tell you, literally, when I say hundreds of thousands and millions of people have said ‘this story has touched my life and her life has touched my life’ it wouldn’t be an exaggeration. God has used this and I’ve had the honor to share this, through my trials and tribulation how God has been so faithful. I can't believe that there are still ways this is going to happen in a greater scale.”

During a devotional he led during filming, Camp said he couldn't imagine going through the loss without Jesus.