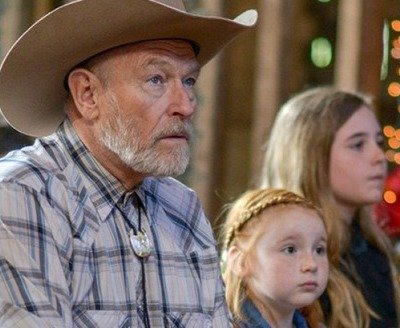 A Message From Jenn Gotzon Chandler on the set of "The Farmer & the Belle":

Here’s a little update on my way to set to film Day 12.

God’s providence has shined His way, providing many miracles, from clearing rain out of the forecast, to a community rallying around the mission crafting the amazing set design of Santaland, to all the animals (pigs, cows, chickens, goats and our dog) performing on cue.

Some friends from our Movieguide family: Reuben Evans and Betty Sullivan have been on set volunteering. James M. De Vince spent several weeks during pre-production.

Corbin Bernsen, John Schneider, Natasha Bure, Delilah, Henry Cho, Beckah Shae, Roxzane Mims are some of the folks in the cast surrounding my husband Jim E Chandler and me.

We have one role we will shoot independent of production. We will cast a star talent and shoot them in a 1/2 day to appear throughout the span of the movie.

God’s Hand has been upon this project. Every obstacle we have encountered, we text our prayer team and through joining in prayer… we have experienced God’s providence. It’s incredible.

As a first-time producer, I am mostly learning how to trust God and trust my husband Jim as we walk this journey together.

We have such an amazing production team who God has orchestrated and hand-picked to capture cinematic and divine inspiration on screen. IMDb has the list of our team involved under the direction of Wes Llewellyn and the cinematography of Kacper Skowron. Kevin Bryan and Judd Brannon have also joined to lens B camera.

For the rest of the article, go to Movieguide.com

If you’d like to learn more about the How to Succeed in Hollywood (Without Losing Your Soul) Master-Class, please click here.