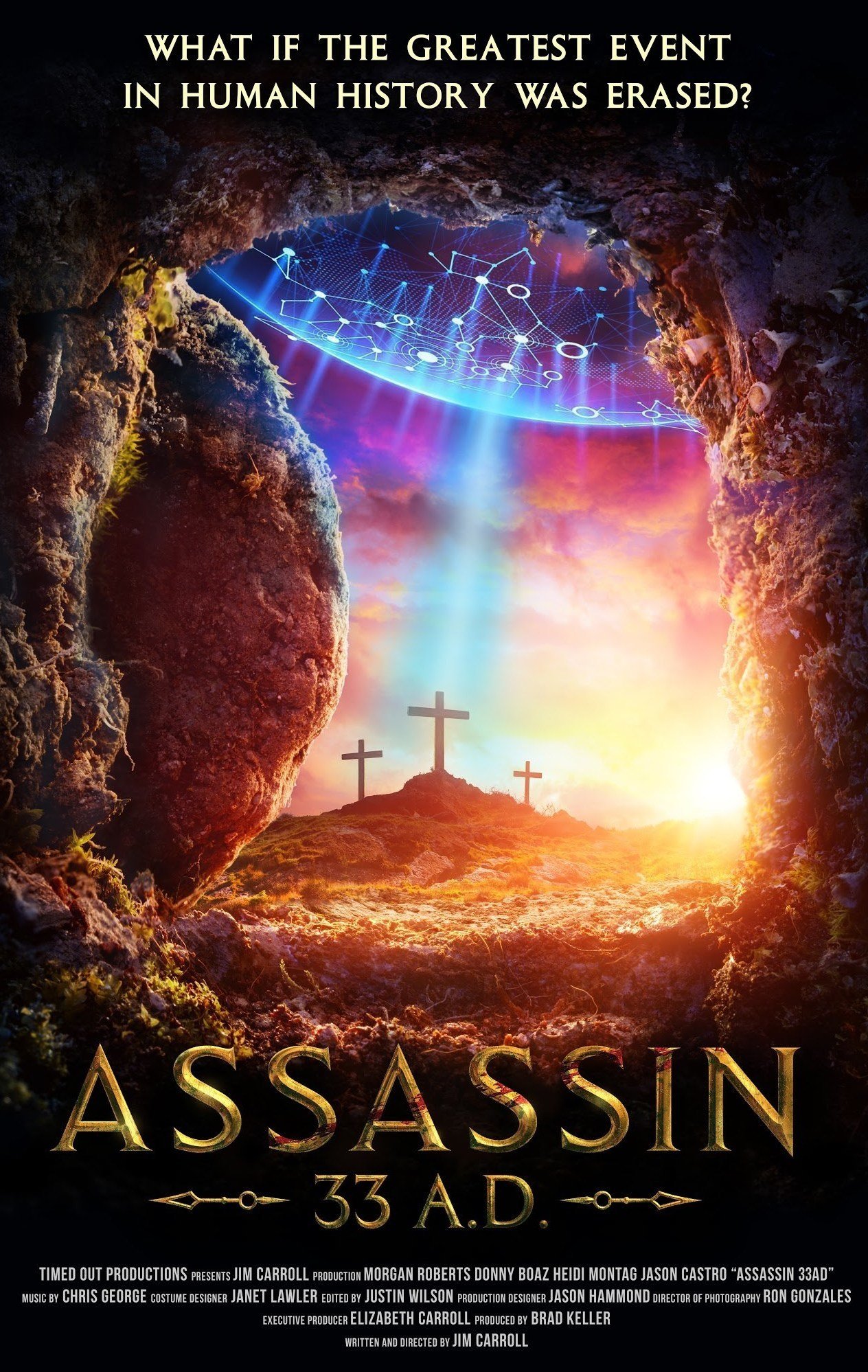 Synopsis: When a group of the world's brightest young scientists is assembled to work on a secret new project, it's no surprise that groundbreaking discoveries are made. Funded by billionaire Ahmed Amir and led by world-renowned genius Ram Goldstein, the small group has unlimited resources at their disposal to study the science of matter transfer. Ram and his team push themselves and their equipment beyond the realms of scientific knowledge and are soon stunned to discover they have unlocked the secrets of time travel.

Delighted with this turn of events, Amir drives the team to be the first to send humans back and forth through time. This prospect is exciting until Ram discovers that behind Amir there is an extremist group in the Middle East pulling the strings. Though this started out as a tool to quickly move weapons and supplies undetected, time travel makes the project take a far more sinister turn. Believing that the resurrection of the Bible was a conspiracy based only on rumor and gossip, Amir thinks that if he can go back in time, he can prove that Jesus never rose from the dead.  Amir is determined to destroy Christianity from its very inception and he doesn’t care what gets in the way.

Now Ram and his small team of scientists (many of whom believe the Bible is fiction) must travel back and forth through time to stop Amir from assassinating Jesus...and destroying the very foundations of the Western World.

Forty years ago, I watched movies like Raiders of the Lost Ark, The Exorcist, and Heaven Can Wait, and thought, "How powerful could an action packed, faith-based movie be if it was really entertaining and included a message? Imagine the impact!”  Shortly after this revelation, I wrote my first script and quickly learned that no one else was making films that were ‘outside the box’ like what I wanted to do. Because of that, no one was quite sure what to do with my ideas.  The time just wasn’t right, so I put the project aside, but I never forgot it.

The message of this film is important to me because it brings the story of Jesus to life in a way that is entertaining and gives a new perspective to an age-old story. Who hasn’t looked back and wondered what would happen if they could go back in time and change some decision they’ve made? Or how much could history change with just one simple decision made differently?

Forty years later, people still aren’t quite sure what to do with this film. It’s still not a traditional faith-based film, but we feel the time has come. Our test audiences have consistently told us that after watching this film, they had a greater understanding of the sacrifice that Jesus chose to make.  Feedback states across the board that people find this movie thought-provoking. Many have gone to their Bible after watching it to see if what we’ve included is really in the Bible.  We are proud that our movie brings the Bible alive in a brand new, entertaining way.

I hope that when audiences see our movie, they’ve been entertained and enjoyed the ride. But most of all, I hope that they realize and understand the love that Jesus has for them.