Air-Date Coming into View for "The Chosen" 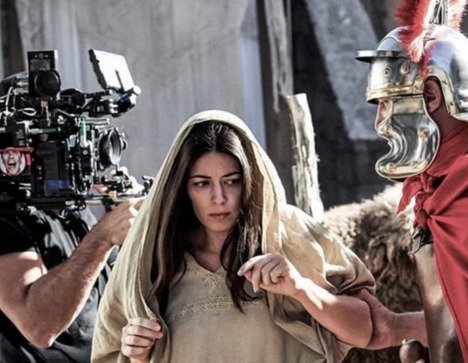 The Chosen is the first multi-season TV series about the life of Christ and it will air on the VidAngel streaming platform.  In an update to fans, director Dallas Jenkins says Thanksgiving is a likely target date for launch of the entire eight-episode first season, though something partial may be ready as early as Easter.

This show, which garnered overwhelming public support, is now the number one all-time crowdfunding media project ever, having raised a staggering $13.7 million from 17,000-plus contributors in two campaigns.  That is more than double the haul from the previous record holder, Mystery Science Theater 3000:  The Return.

Jenkins had said earlier that they will spend at least $400,000 per episode and are aiming for six or seven seasons.  That should be sufficient to cover the four Gospels and the entire life of Jesus.  He adds that there could be more, depending on how things go.

For the rest of the story, go to ChristianFilmBlog.com

The Chosen Dallas Jenkins Christian Film Blog VidAngel Life of Jesus Episodic Television
Run the Race
"The Reliant" Gets an "R" Rating.
"The Chosen" - Largest Crowdfunding for a Television Program