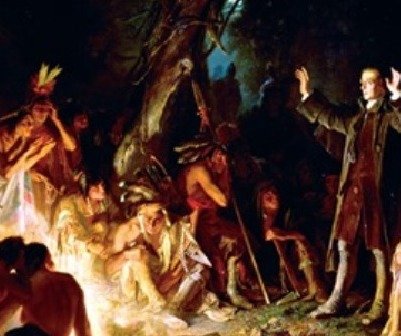 The Massacre of the Jesus Indians, or the Gnaddenhutten Massacre, is the largest massacre of Indians in history.  The story, however, is rarely told about how a tribe of Christian Indians came to be slaughtered during the American Revolution. Criswell says, "This will be a faith based film depicting the struggles and trials of the Jesus Indians as well as their ultimate sacrifice.  Because of the nature of the massacre, this film will almost certainly be Rated R as I will not whitewash their sacrifice.  It is a story that needs to be told as it is a timely story relevant to our increasingly divided and hostile society, which rejects faith and family."

The need is to raise 20 percent of the budget for the film via crowdfunding.  Because this is a historical epic they will need sets, costumes, and quality actors to make the film work. The million dollars will be used in pre-production and can also be used to market the film and get it to its target audience. Should the goals not be met, the money raised will still be used toward pre-production and development.  We would have to reduce our budget, but we would still pursue the film.