A Hidden Life is a cinematic monument of Christian apologetics 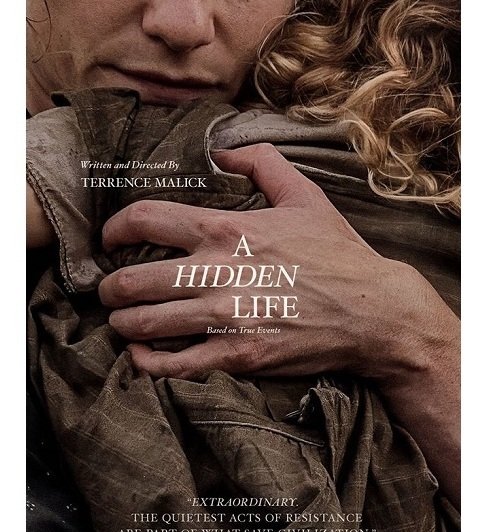 "The growing good of the world is partly dependent on unhistoric acts,” wrote George Eliot in Middlemarch, “and that things are not so ill with you and me as they might have been, is half owing to the number who lived faithfully a hidden life, and rest in unvisited tombs.” The passage provides the title of A Hidden Life, a cinematic monument of Christian apologetics.

It’s a slow, stately film but a marvelous one, steeped in faith and emotionally replete. Catholics and other Christians sometimes complain that there is little offered to them at the movies; what is offered tends to be second-rate. A Hidden Life, though, is a deeply considered and in the end staggering argument for a life lived according to Christ’s teaching by one of cinema’s great American artists, writer-director Terrence Malick. Church groups and other members of Christ’s flock, especially Catholics, should make it a point to see this adaptation of the life of Franz Jägerstätter, a Catholic Austrian farmer who refused to serve the cause of Adolf Hitler during World War II. Jägerstätter was beatified in 2007.

Malick begins his beautiful, impassioned, three-hour film in the Austrian Alps, where Franz, played with a stringent minimalism by August Diehl, tends to a farm with his wife Franziska (Valerie Pachner) and three daughters. After a brief stint in the Wehrmacht, he returns home in 1940 and begins to think seriously about what it means to be complicit in evil. Villagers warn him that his opposition to the regime is foolhardy and dangerous. A racist mayor berates him. Even a local priest tells him, “Your sacrifice will benefit no one.” A bishop goes even further: “You have a duty to the Fatherland. The church tells you so.” Franz wonders whether the clergymen mean what they say or whether they’re covering for themselves in case he is a spy.

Malick has found an unusually oblique angle from which to approach Nazism, and there is no war footage in the film. Hitler (seen in newsreels) has polluted every corner of life, rendered privacy impossible. Yet such is the logic of power that who in Austria or Germany would even bother to oppose him? Even the strongest men might understandably bow when the question is life or death. Evil refreshes itself on cowardice, but is it even cowardice to value one’s life over principle? A horrible reckoning must take place, and finally does in 1943, when Franz is conscripted back into the military. At a training camp near home, he refuses to swear an oath and is jailed. At first he is treated humanely, but things grow worse after he is transferred to a larger prison, hundreds of miles from home in Berlin.

Read the rest of this Kyle Smith review at National Review.